Heading north toward the Sangre de Christo mountains,  the initial bluffs are dry and scrubby.  Clouds are building. 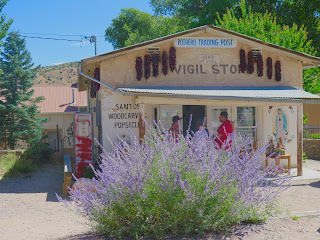 In Chimayo, this small town is most famous for Sanctuario de Chimayo.  This shrine, a National Historic Landmark, is famous for the story of its founding and as a contemporary pilgrimage site. 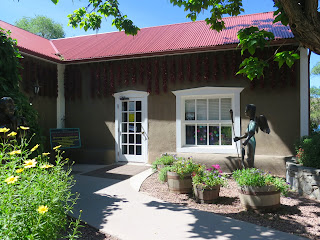 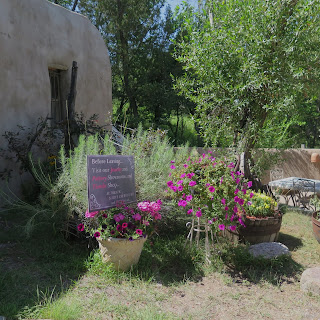 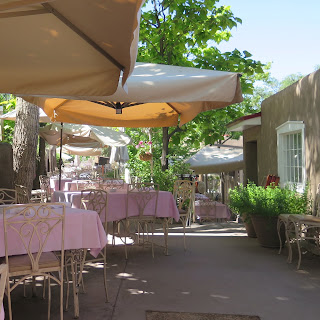 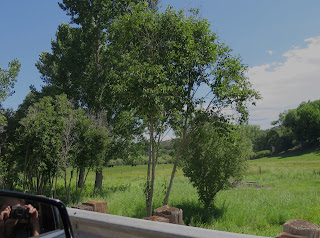 New Mexico is out of our long lasting drought in this part of the state. It was lush and green.
Cundiyo 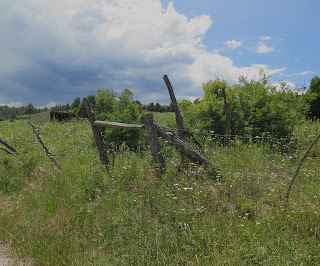 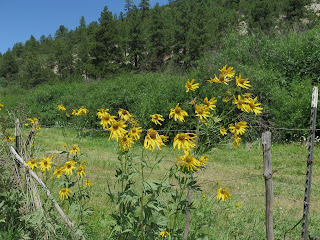 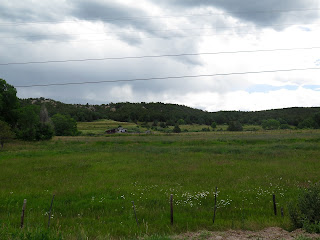 The above several photographs were taken rolling through the countryside and villages including Truchas,
Las Trampas, Cordova and Penasco.
The gorgeous dark clouds continued to build as we continued north to within 23 miles of Taos.

TRUCHAS
(Following information and photograph from Wikipedia)
"Straddling a high ridge, the community began as the Nuestra Señora del Rosario, San Fernando y Santiago del Rio de las Truchas Grant, a Spanish land grant in 1754 and, due to its geography and location, remained a relatively unchanged outpost over the centuries. The land grant is commonly known as the Truchas Land Grant, gaining its name from the river that provides the water for irrigation of the land. Truchas is the Spanish word for trout."
Dee and I talked about our reading and seeing the movie "Milagro Beanfield War" while we were in Truchas.  The novel was written John Nichols.  Robert Redford directed the movie. 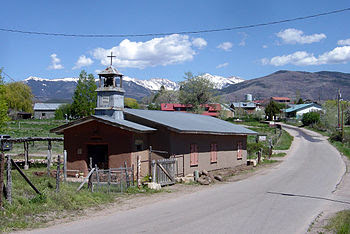 Now it is time to paint.
Stay tuned!

By now you, my Blogger and Google Subscribers, may have noticed it has been a while since I have posted any updates here.  My Fine Art Studio Online website  has so many wonderful features as well as its reach, I regularly post there.  My website always includes new art work as it is finished.

The July newsletter is so full of information I titled it

an unfinished book in one newsletter.

You will find illustrations and directions for my four painting processes
as well as six very important tips. 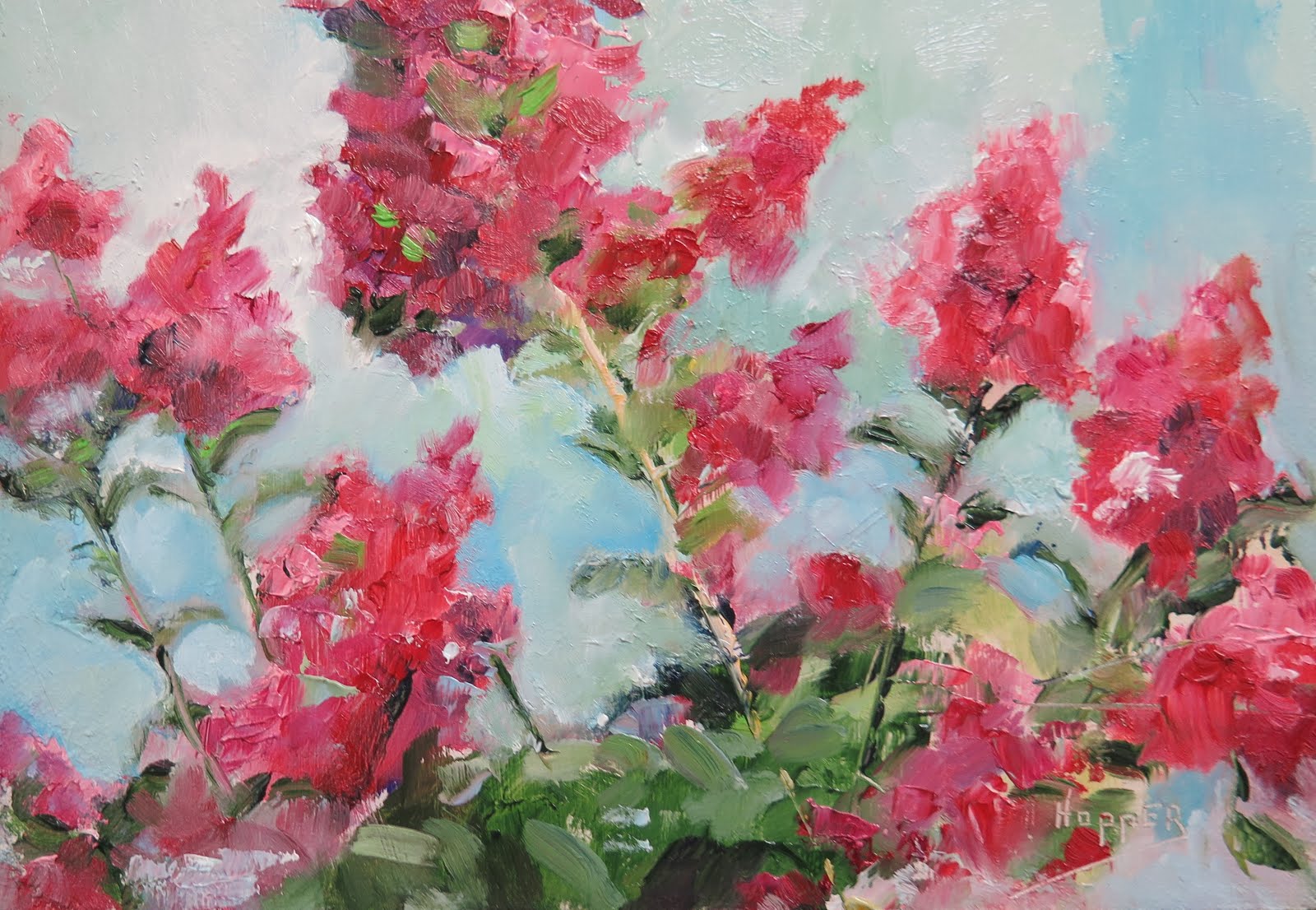